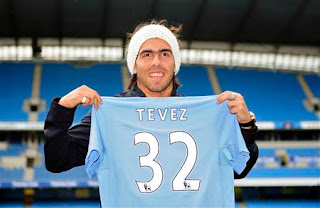 image: google search.
10. Damien Duff (Newcastle to Fulham, £3.4 million)
Rejuvenated under Roy Hodgson after fading at Newcastle, the Irishman has been an integral part of Fulham’s astounding season in Europe.

9. Steven Nzonzi (Amiens to Blackburn, £1.5 million)
Feisty and powerful, the midfielder is the archetypal Allardyce player. Few noticed his arrival, but plenty of Premier League opponents are fully aware of his work.

8. Niko Kranjcar (Portsmouth to Tottenham, £2 million)
Picked up in the Fratton Park firesale, the Croatian has added tremendously to Tottenham’s depth, particularly with Aaron Lennon and Luka Modric sidelined with injury.

5. Adam Johnson (Middlesbrough to Manchester City, £7 million)
Two-footed, quick and technically gifted, Johnson has gone from the Championship to the cusp of the World Cup in less than six months.

4. Darren Bent (Tottenham to Sunderland, £10 million)
24 goals in his first season at the Stadium of Light make Bent the most prolific English striker, Wayne Rooney apart, in the Premier League.

3. Luis Antonio Valencia (Wigan to Manchester United, £16 million)
Seen as a risk when he moved to Old Trafford – especially given his substantial price-tag – but the Ecuadorian international has grown into his role in recent months.

2. Thomas Vermaelen (Ajax to Arsenal, £10 million)
Proof that when Arsene Wenger allows himself to spend significant sums on proven internationals, he tends to improve his side.

1. Carlos Tévez (Manchester United to Manchester City, £25 million)
Far more than just the status symbol many thought he may be, it was the Argentine’s goals which almost fired City into the Champions League.